Why do law enforcement unions oppose decriminalization of marijuana? Jobs. Plain and simple. This applies to all government agencies part of the criminal justice system at state and federal levels. Many of their jobs are directly connected to the increased level of prosecution of marijuana laws the US saw from 1990 into the 2000s. Fortunately recent data may suggest this prosecution trend that has had devastating negative effects on our country may be reversing with the expansion of states passing medical marijuana legislation and a few states legalizing recreation use. 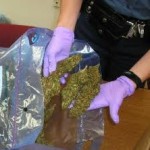 Since 1990, law enforcement agencies have greatly increased marijuana use arrests. The conservative American Enterprise Institute published a report a few years back. They weighed costs of prosecution as part of the war on drugs against benefits to society and concluded, “criminal punishment of marijuana use does not appear to be justified.” The study of FBI data by a Washington-based think tank, the Sentencing Project, found that of all drug arrests from 1992 to 2002, marijuana arrests rose from 28 percent of the total to 45 percent. Eighty percent of the increase in drug arrests during this period came from marijuana, the study found. Yet the overall rate of marijuana use over the same time period was not affected. “In reality, the war on drugs as pursued in the 1990s was to a large degree a war on marijuana,” said Ryan S. King, the study’s co-author and a research associate at the Sentencing Project. “Marijuana is the most widely used illegal substance … The question is, is this really where we want to be spending all our money?” King asks. The Sentencing Project study estimated that over $4 billion a year is spent on arresting and prosecuting marijuana crimes. This is only counting direct criminal justice system resource costs – the actual societal cost is likely ten times as great. Obviously there are many many public sector jobs in the law enforcement, courts and larger criminal justice system dependent upon continued criminal treatment of marijuana use.

The business interests of government, its need for revenue, clouds the issue. The medical marijuana trend is creating new government revenue sources from marijuana use to replace loss of fine revenue from related criminal prosecution. Government’s financial interest alone makes decriminalization for non-medical use unlikely anytime soon. Financial interests threatened by expanded training in and use of natural medicine to prevent disease – entrenched conflicts of financial interest – also slow change of the US health care system to a less expensive disease prevention model from its current disease intervention model. Progress is however being made. Some insurance policies now pay for preventative care checkups with naturopathic doctors. Medical marijuana may prove a helpful step in that direction bringing increased attention to the use and benefits of herbal and botanical based natural medicine.

Medical Marijuana, Hemp And Cannabis – History Of Use And The Untold Story
Quality US Medical Marijuana Changing the Drug War – Putting Mexican Pot Growers Out of Business