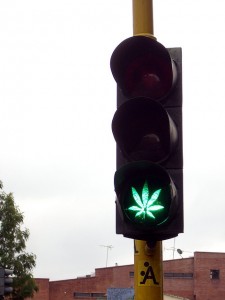 That is a common reaction when people hear that the South American nation of Colombia is on the verge of legalizing marijuana for medical and scientific use.

Home to the infamous Pablo Escobar and his ultra-violent Medellín Cartel in the 1970’s and 1980’s, Colombia has allowed its citizens to carry “small quantities” of ANY narcotic for nearly two decades, after their Constitutional Court ruled that every citizen has the right to the “free development of one’s personality”.

Now that’s what we’re talking about!
(A small amount of cannabis is legally defined as 20 grams or less in Colombia)

Due to their sordid history with drugs, and their seemingly hands-off approach to low-level possession, Colombian officials recognize that their relationship with the U.S. is akin to being babysat, and they cannot deny that under the watchful eye of America for the past 15 years or so, violence levels have dropped significantly. 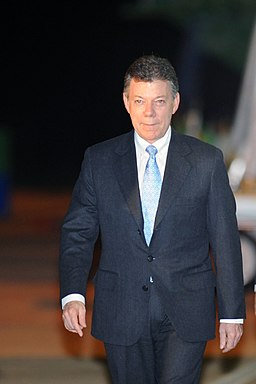 In their announcement yesterday, government officials laid out President Juan Manuel Santos’ plan to legalize the cultivation and sale of medical cannabis. From initial licensing to eventual exporting, clear regulations have finally been defined, and an estimated 400,000 Colombians suffering from seizures, cancer, and other debilitating ailments were just given a pathway to wellness thanks to the unforeseen policy shift on pot.

Of course, just like here in the U.S., weed-hating prohibitionists exist in Colombia as well, and predictably, they are not too stoked on the government’s about face on cannabis.

They point to President Santos’ ruling earlier this year to end a 20-year-old aerial herbicide spraying campaign used to kill crops of illegally grown coca plants, saying that along with this week’s weed ruling, their government is getting weak on drug enforcement.

Colombian Justice Minister Yesid Reyes was ready for the inevitable backlash, however. He reaffirmed the medical and scientific motivation behind the decision late Thursday by stating, “Nobody is talking about legalizing anything except for these two purposes.”

This latest decision comes on the heels of an August ruling by the Colombian Supreme Court allowing citizens to privately grow up to 20 cannabis plants. 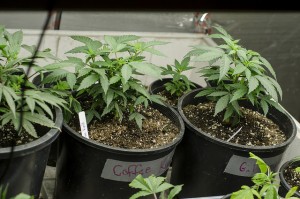 The climate and landscape in Colombia make it an ideal breeding ground for cannabis plants and with most of the focus from law enforcement being on eradicating cocaine production, there is no shortage of weed on the streets of major population centers like Bogotá or Medellín.

Still the world’s largest producer and exporter of cocaine, the Colombian government has finally realized that outright prohibition is a failed policy that has done nothing to stifle demand within their own country, or across the globe. 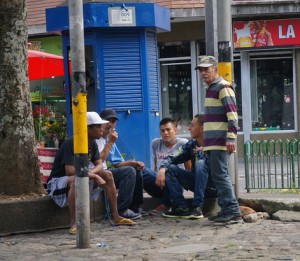 Cannabis break on the streets of Medellín

The recent decriminalization of both personal cultivation and possession were a necessary first step. Now, with medical marijuana laws about to be enacted, it is not quite time to sit back and celebrate. Full recreational legalization of the plant is always the ultimate goal – much like their continent-mates in Uruguay, who in 2013 became the first country in the world to totally legalize cannabis.

Colombian Senator Roy Barreras, representing the blood-soaked streets of the southern city of Cali, has drafted a bill to do just that.  Sen. Barreras intends to see cannabis totally legalized for adult use and believes that prohibition is what fuels the drug violence the most in his country.

Tourists report that you can smoke a tree-trunk sized spliff of that one dollar weed and hardly feel any effects though. So hopefully with looser cultivation laws and more regulation on finished products, the quality of Colombian cannabis will rise, and the legitimate patients will finally have safe access to worthwhile medication..