By TC on December 10, 2015 in Decriminalizing Marijuana Use, Global trends, Marijuana Health Benefits

The Ontario Student Drug Use and Health Survey has been held every two years since 1977 and serves as Canada’s longest-running scientific look at underage drug use.

The latest version, released on Wednesday by the esteemed Canadian Centre for Addiction and Mental Health (CAMH), may have shocked some suburban Ontario hockey moms when they learned that 21% of the region’s middle and high school students have admitted to smoking weed in the past twelve months.

It should come as no surprise, however, to anyone who has paid attention to similar headlines coming out of the United States over the past few years. And also like here in the US, many of the more conservative headlines now coming from our neighbors in the north seem to be missing the point.

This latest Canadian study polled 10,426 Ontario students in grades 7 through 12 and found that as they got closer to college age, they tended to be more likely to have smoked some weed in the past year.  For example, 37% of grade 12 students admitted (keyword: admitted) to cannabis use, whereas the percentage for grade 7 students is listed only as “negligible” in this week’s report.

Again, looking at trends from America, this should come as a shock to nobody, as college-age cannabis use is also on the climb here in the States.

But still, the point lost in too many evaluations of these studies is that just 9% of those same kids surveyed said they had smoked a cigarette in the same past twelve months.

Kids are no dummies.

Cigarettes will kill them.
Weed will not.

The problem is, as Dr. Robert Mann, a CAMH senior scientist and one of the Canadian study’s co-authors pointed out in an interview with the Toronto Sun, “Currently, cannabis is illegal and you could get criminal record … (yet) it’s a drug that’s very commonly used.”

Instead of celebrating the drastic drops seen in teen tobacco use, too many anti-cannabis activists use these studies to focus in on the steady rise in teen marijuana use.

Cigarettes and tobacco products are sold in every corner and grocery store in Canada, yet kids grades 7-12 are deciding in droves against tobacco use, and that is great news!

Also lost in the debate are the disturbing statistics surrounding teen alcohol use and abuse.

Another legal product in Canada, endorsed by celebrities and professional athletes around the world, alcohol can and does kill Canadian teens every year. 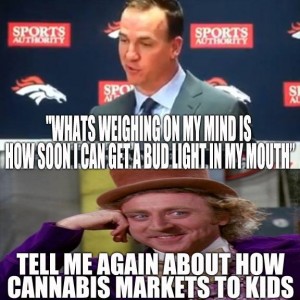 The CAMH study showed that a disgusting 18% of the 10,000+ students in Ontario admitted to having participated in “binge drinking” at some time in the past month! The study defined “binge drinking” as having 5+ drinks in one sitting. Again, this is just the ones who admitted it! Sounds like a shitty episode of Degrassi where Drake tells on everyone!

Those who fessed up to having at least one alcoholic drink in the past year amounted to 48% of those polled.

Both of those numbers are depressing, but the number who had boozed up in the past year is actually down substantially from 1999, when 66% of those questioned admitted it.

So what does it all mean?

First of all, nobody in their right mind is advocating for allowing or even encouraging teen cannabis use.

But as with most things they are told not to do, kids will find a way to do it. There should be no shame in rejoicing that, after all these years, kids are starting to choose a naturally growing plant with few side effects (including the best of all side effects – it doesn’t kill you).

While many concerned citizens and parents see studies like this and are mentally unable to avoid lumping cannabis in with tobacco and alcohol, they should beware of such juvenile comparisons.

After all, their own kids are smart enough to know the difference..