The Illinois state flag looks like it’s covered in cannabis

When it comes to cannabis reform at the state level, even successful legalization efforts are often met with frustrating delays as the new regulations – be they medical or recreational in their scope – are pounded into place by local lawmakers.

Such is the case in the state of Illinois, where way back in 2013 voters easily passed legislation to put in place a new medical marijuana program. Known as the Land of Lincoln, and with a motto of “State sovereignty, national unity”, it should come as no surprise that the 5th most populous state in the union jumped on the medical marijuana bandwagon – but it is a bit shocking to see how long it took for them to get their act together.

This week, after two years of blazing through bureaucratic red tape, eight brand new medical marijuana dispensaries will open across the state of Illinois, ready to finally provide safe access to their estimated 3,300+ registered patients. 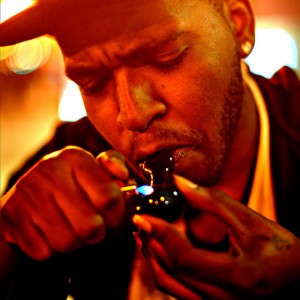 Chicago man lights one up in West Town

The initial eight locations will be in Addison, Canton, Marion, Mundelein, North Aurora, Ottawa, Quincy, and Schaumburg – with a ninth location pending a zoning dispute in Peoria.

The Illinois medical marijuana law officially allows for up to 60 total stores, but the law also expires in 2017, so the race is on to fill those vacancies as quickly as possible.

Some patience-tested patients in the state are concerned about potential shortages, as was experienced in states like Colorado and Oregon when they went legal on cannabis in 2012-13.

All weed being sold in those eight dispensaries this week was harvested from state-approved grow facilities, regulation of which played a role in the delays that the program has suffered to get to this point.

If demand for Illinois OG is so high that stores do begin to run out, legally acquiring more may prove to be a challenge if the limited amount of shops get forced to try to balance dwindling supply with rising demand.

Of course, there is a big difference between 3,300 regulated medical marijuana patients in Illinois, and the wide open recreational legalization and tourist attraction that Colorado, Washington, and Oregon have enjoyed. Now, whether the quality of the state-approved buds in Illinois is top shelf or not still remains to be seen.

Along with the planned expansion of storefronts, the state law also allows for additional grow facilities – up to 21 in total – to be opened as well.

Last Thursday, state approved cannabis growers finally got the green light to put their product in the eight designated stores, but even that approval came with strict instructions about exactly how the weed should get from Point A to Point B.

Any vehicle transporting the highly sought after weed has to be occupied by at least two staff members from the grow facility. In addition, they can only be on the roads between 7 a.m. and 9 p.m.

Patients themselves are put through a fairly strict regulatory process as well, which results in the issuance of a state medical marijuana ID card. At that point, the patient must choose one of the currently available dispensaries to assign themselves to, and that is the shop they must go to each time for their medication.

Even the plants themselves come under intense scrutiny “from seed to sale” as they say in this rapidly growing business. An innovative digital tracking system called BioTrack THC has been put in place to help keep all state-approved pot flowing directly to state-approved shelves. It will also help to hold growers accountable for their finished products, since things like powdery mildew, spider mites, or pesticides will now be able to be tracked back to exact batch numbers and cultivation centers.

Cannabis advocates see this week as a victory in a hard fought battle. Though the two year delay in implementation has been difficult to endure, the movement seems to be going full steam ahead in Illinois where pro-pot activists as well as sympathetic state lawmakers hope that the strict regulation and added transparency of the program will convince even the most staunch pot prohibitionists to take another look at medical marijuana, and to leave the law intact come 2017.