Oregon is moving a step closer to an active adult-use cannabis industry. Though possession and home-cultivation was legalized on July 1, Oregon has not issued any licenses for adult-use dispensaries and likely won’t until next year. The state will, however, allow medical dispensaries to sell marijuana to adults starting on October 1. 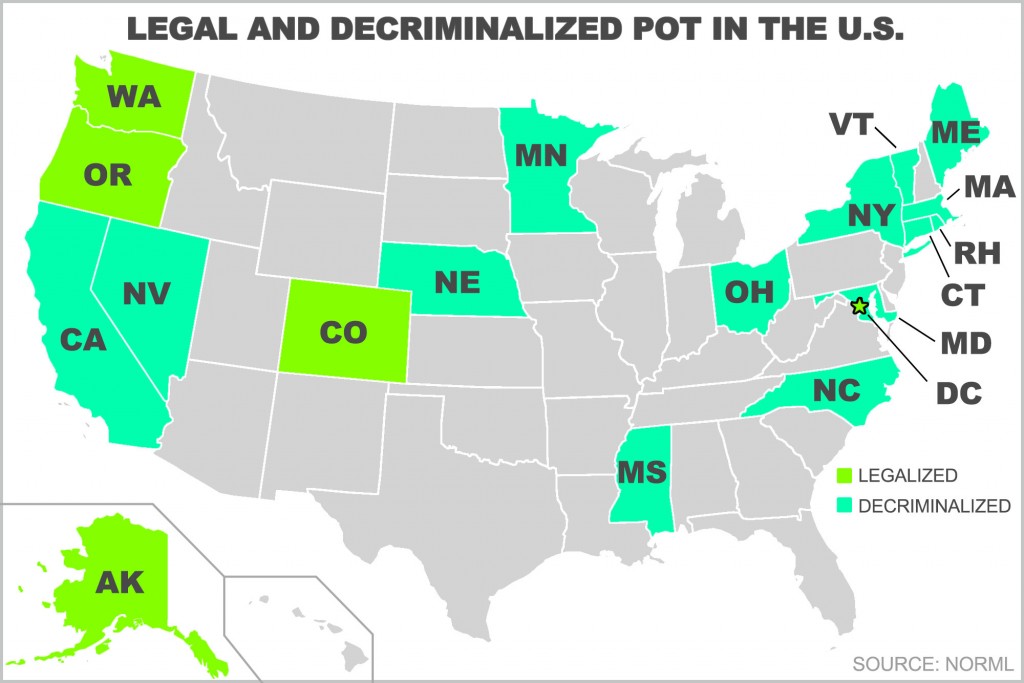 An outline for eventual adult-use legalization of marijuana in California was released by a working group overseen by the state’s Lieutenant Governor. It calls for comprehensive, strict regulation which is a stark but welcome contrast from the current largely unregulated medical system which does a poor job defining allowed practicing and protecting businesses from being shut down by local governments.

Long-time anti-drug warrior New York Senator Chuck Schumer has come on as a sponsor of the CARERS Act – a bill to reschedule marijuana to Schedule 2, and essentially legalize medical cannabis in the U.S. This came mere days before New York State awarded five medical cannabis licenses. These five licenses each allow for one cultivation/processing site and up to four dispensaries..