It has long been known that vaporizing cannabis is an inherently healthier ingestion method than the traditional smoking of it, but it never hurts to have some published scientific research to back up the claims. Just over a week ago, a Swiss team of researchers published such findings in a scientific journal called PLOS One.

Using in vitro validation, which basically means doing your experiments in lab equipment and not in humans or animals, the four man team tested five different readily available cannabis vaporizers to determine if they could provide an accurate and effective dose of cannabinoids for the user. 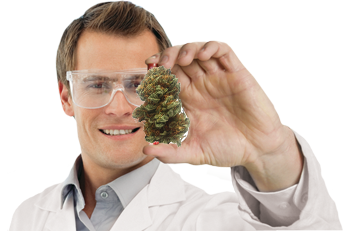 The five vaporizer brands tested were:

Using gas chromatography/mass spectrometry technology, similar to what is used in cannabis testing labs around the world, they were able to recover a certain amount of THC and CBD from the vapors, and then quantifiably measure those amounts to determine the efficacy of not only the five brands, but of vaporizers overall.

As noted in the study, the reason that cannabis has been smoked for thousands of years to feel its effects is because the two main cannabinoids that we associate with being “high”, the THC and CBD, must be decarboxylated (or heated) in order to deliver those desired effects.

By igniting a bowl of cannabis flowers with a lighter, or even a hemp wick, the heat generated by the flame is much more intense than what is required for the decarboxylation process to occur.

As a result, the plant matter itself begins to combust creating carbon, tar, ash, etc.

The study concedes that the plant has been smoked for as many as 6000 years. So, if combusting that plant matter was a mainstream health concern, we’d probably have plenty of evidence by now to support it.

But, it is definitely true that certain respiratory illnesses or other medical constraints may make it so that smoking cannabis just is not an option for some users, and some just don’t like the flavor or effects of burnt cannabis. 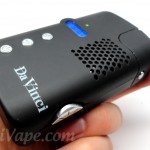 So for folks like them, a study like this validates the use of a tabletop, or even an advanced handheld, vaporizer. 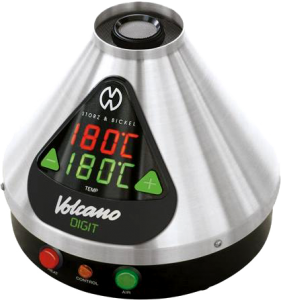 When set to around 400°F, a properly calibrated vaporizer should begin to decarb the full spectrum of cannabinoids and release the plants flavor and effects, without actually combusting any significant amount of plant material.

It is fascinating to read about everything from the menial details (“Dried cannabis was grinded and homogenized carefully in a mortar and stored at 4°C), to the mindbending science and attention to detail applied to the research.

It’s also sort of amusing to see the sort of weed they have to work with over there, coming in at 4.61% THC. Eventually, studies like this won’t have to be limited to overseas labs with looser laws and maybe then we can see some true Cali OG Kush go through such an intense battery of scientific study.

Until then, we’ve strengthened the claim that vaping properly grown and harvested cannabis flowers is a legitimate and healthy alternative to smoking them..

Gary Johnson, Former Governor of New Mexico, and Presidential Candidate, Pushing For Full Legalization of Marijuana in US
Portugal Decriminalizing Drug Use Derived Many Benefits