The Emerald Conference Takes Cannabis Science Higher Than Ever

On January 21st-22nd 2016 at the Monte Carlo Resort in convention-friendly Las Vegas, the Emerald Conference kicks off its annual gathering of the ganja geeks of the cannabis community. The two day event aims to explore the wide array of scientific applications and fields cropping up in the fast-growing cannabis industry.

year’s Emerald Conference features over 25 speakers – each one an industry expert in their own right, tasked with passing along their advice and experience to an eager audience composed of everything from dispensary workers to local lawmakers.

Tickets for both days could be had for as low as $299.00 per person, which allows attendance at any of the speaker sessions, as well as a full breakfast and a lunch buffet each day at the Monte Carlo.

The conference allows speakers around 30-60 minutes on topics ranging from potency, pesticide, and residual solvent testing on cannabis, concentrates, and edibles, to the latest in cutting edge research and development, and keeping attendees up to speed on ever-evolving state regulations.

Just take a look at some of the topics listed to be discussed:

Derivatives Without Calculus: Accurate Quantification of Acidic and Neutral Cannabinoids by GC
by Amanda Rigdon, a Chromatography Specialist for ResTek.

or how about Cannabis Chemotyping, Antibodies, and Clinical Correlates
by Dr. John Abrams, the founder of Abrams Bioconsulting

So much for stoner stereotypes, we’re talking real science here… and big business.

Heading into December of 2015, Colorado’s hyper-regulated cannabis market had already raked in over $900 million in sales, with experts pondering if they’d possibly break a BILLION BUCKS by the end of the year. While they tally those final totals, even the most conservative estimates call for America’s marijuana industry to top $10 billion annually by the year 2018.

2018 is just around the corner and that kind of money has a lot of very bright minds considering cannabis as a career.

Jason Lupoi, Ph.D. will be speaking on day two, representing a company called Sage Analytics. Dr. Lupoi is the Director of Scientific Applications at the company, which is known for its highly portable laboratory-grade cannabis testing systems that allow

dispensaries and growers to personally perform on-site testing across their entire product line.

Sage Analytics is savvy enough to know that states with full recreational legalization – like Colorado – are gold mines for ancillary services like theirs and that the rest of the country and a much larger market is not too far behind. They also know that with that inevitable legalization is bound to come more regulation.

“We are entering a critical period in the cannabis industry,” says Dr. Lupoi, “Consumers are demanding more accurate potency measurements; Growers want to know each plant’s individual characteristics – and not simply view the entire crop as a whole with a highly variable average; Labs are seeking new ways to provide higher throughput; Regulators are trying to fine-tune a system that has been widely reported as broken.” He concludes, “There are many pieces to the testing puzzle, and new ways to put the pieces together.”

Dr. Lupoi, with his long list of accolades and fresh approach to cannabis, is just one of the many reasons to attend The Emerald Conference this year, or at future events.

The event was held in San Francisco last January, but has since grown in size and 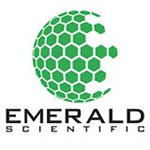 The Emerald Conference is hosted each year by Emerald Scientific; the leading supplier of reagents, supplies, equipment, and services to the scientific branch of the cannabis industry.

More information about the conference can be found on the event website at http://www.theemeraldconference.com/