We predict at some point in the not too distant future some Big Pharma conglomerate teams will begin voicing support for medical marijuana, if they are not already doing so quietly. There is little doubt Big Pharma will be very acquisitive in the industry once federally legal, and spearheading a wave of US based studies on efficacy and safety of the many specialized strains of medical cannabis being developed by dispensary medical and science teams. Some medical marijuana dispensary science teams apparently have developed over 100 specialized medicine strains already, each with different therapeutic focus.

Have no doubt, Big Pharma wants in on the fastest growing industry in the US today, but not being able to control it scares them financially due to expectation science will prove beyond doubt cannabis is one of the mother nature’s greatest medicinal gifts to humankind (and their beloved pets), and could prove more effective than many drugs selling like crazy through the traditional allopathic medical community.

However for decades, pharmaceutical companies have been strong well organized opponents of medicinal cannabis therapy (along with other special interests who could be harmed financially such as Big Alcohol, police unions, prison employee unions, other criminal justice system business interest, criminal lawyers, judges and others whose job security and income could be at risk as arresting, prosecuting and jailing marijuana users has been huge business across the US for a long time).

While opposing legalized medical marijauna medicine, for quite some time Big Pharma has been investing in patents on methods to make and deliver marijuana medicines, and also on developing synthetic (fake) versions of compounds found and extracted naturally from cannabis. Many dozens of associated patents have been filed, and many issued, aimed to protect the use of these synthetic cannabis medicines and also methods to extract, process and administer naturally derived cannabis medicines. Many such patents target cannabinoids, often referred to as “CBDs.” There is strong global scientific study evidence that cannabis and its many complex cannabinoid compounds have significant health benefits. Including the capacity to assist with treating many disorders and diseases. CBDs are believed by many to be powerful nutritionally with regular use even for already healthy people, and soon CBDs may become the rage of nutritional medicine experts and holistic practitioners. In the meantime Big Pharma remains on the wrong side of not only medicinal marijuana, but also repression of freedom in formulation and distributing dietary supplements with any CBD component even if derived from non-THC strains of cannabis often referred to as hemp.

Big Pharma’s fear is that cannabis derived treatments for a wide variety of ailments and disorders will greatly impair drug use and revenues. You can find information in our science pages and medical marijuana benefits pages on cannabis/medical marijuana’s promise in aiding disorders widely treated today with drugs like SSRIs prescribed to treat depression, anxiety disorders, panic attacks, PTSD and personality disorders. Many believe cannabis treatments will prove superior to these third-generation SSRIs without the often nasty side effects such SSRIs can have over time.

One cannot help but speculate that once marijuana is fully legal throughout the US, there will be a gold rush in plant patents targeting specialized cannabis strains of medical marijuana. Cultivators, especially leading medical dispensary companies with deep medical and science team members, are breeding specialized marijuana strain medicines targeting a wide variety of disorders and diseases. Big Pharma could end up acquiring these strains and potentially patentable cannabis varieties from dispensaries and other cannabis cultivators who are developing and reproducing asexually derived new and distinct breeds of specialized strains of medical cannabis.

Wouldn’t it be ironic if some day in the future cannabis medicines, protected by plant patents, with treatments covered by insurance and medicare, end up playing a role in driving pharmaceutical corporate giants to record high earnings and stock prices.

Existing Widespread Use Throughout US of Many Hemp Derived Products

As nearly everyone knows, hemp protein concentrates, mostly from Canadian farm sources (since its cultivation in the US remains illegal even for non-psychoactive varieties), are widely recognized healthy vegan protein supplement sources. Hemp protein concentrates are sold throughout the US, yet US farmers are not allowed to grow this valuable and easy to cultivate crop for any use except medical marijuana use in some states recently legalizing it (click here for a map of states legalizing medical marijuana use). Hemp oil is also widely available for topical use or ingestion and sold throughout the US natural products grocer network.

In time CBD and other hemp/cannabis/marijuana variations and extracts will be leading herbal and nutritional medicines. Click here to read articles about herbal healing with plant based medicines of a wide variety. Once legal in the US, marijuana and cannabis herbal healing products are very likely to become the most powerful herbal medicines in naturopathic physicians black bag of natural remedies for a wide range of ailments.

Back to the Big Pharma controversy. Of course the natural plant versions of cannabis/hemp are usually better medically and nutritionally than synthetic variations, and far cheaper. However Big Pharma cannot easily, if at all, patent drugs that are natural botanicals or derivatives thereof. And plant patents on marijuana are not yet legal. So naturally making synthetic variations in laboratories, and trying to protect that investment even if by suppressing the use of or claims of benefit from the natural variations is the typical Big Pharma game plan. Which the US legal and regulatory system has long supported, notwithstanding the resulting suppression of competing alternative and complimentary medical advancements, and the increased cost to operate the US health care system.

This is not a conspiracy theory; this remains reality today. Medicine and pharmaceuticals are huge business, and competitive to say the least in protecting their business interests and their share of the US GDP. They are known to be among a handful of very large and powerful special interests lobbies. This reality supports the old adage that what is legal is not necessarily right, and what is illegal not necessarily wrong.

If you want supportive hard facts, according to the July 2015 issue of National Geographic, in its article titled “High Science” exploring the new science of marijuana, two synthetic medicines, merely trying to copy what is naturally found in cannabis, have been approved by the FDA as drugs for medical use. More are in the pipeline. One such synthetic variation approved by the FDA is used to treat patients with disease suffering undesirable weight loss, at substantially higher patient cost then if they were simply allowed to be treated with marijuana. There are now thousands of patient testimonials in the many states already allowing medical marijuana use that many strains in their natural form have this same therapeutic effect, without need of expensive drugs likely with a long list of potentially scary side effects.

The article also mentions drug researchers are developing a drug that mimics marijuana’s ability to reduce pressure in the eye for glaucoma treatment. Other drug researchers are working on artificial variations of the natural plant compounds to treat MS patients, while natural marijuana therapies have long been legal in Europe and Canada.

The National Geographic article confirms synthetic variations of marijuana are in FDA studies on the path for approval to treat cancer patients. These are but a small example of the many synthetic drug projects Big Pharma is protecting by working hard and spending untold amounts of money delaying legalization of medical marijuana at the federal level. It has long been a real conspiracy, of course over money, making cannabis illegal in the US, a travesty considering marijuana has been the mainstay of mother nature’s most powerful medicines for centuries by healers in China, India and Greece.

Click here for a long list of issued patents involving cannabinoids, the most potent compounds in marijuana, most owned by pharmaceutical interests.

One simple clear example of how valuable natural marijuana extracts, not synthetic variations, are as medicines, is evident when you consider a reported cases like this one. Lily Rowland receives CBD doses, a nonpsychoactive substance in marijuana, daily. She used to suffer 100s of seizures daily. Since moving to Colorado to receive CBD treatments legally, her seizes are down on her worst days to one to two, and more often her days are seizure free. Other people have reported a decrease of multiple sclerosis seizures and pain once using CBD.

Israel has one of the world’s most advanced medical marijuana programs. More than 20,000 patients have a license to use cannabis to treat conditions such as glaucoma, Crohn’s disease, inflammation, appetite loss, Tourette’s syndrome, asthma and others.

It is being quickly discovered that cannabis as a medicine works best in most cases when the full spectrum of the plant’s compounds are retained. This is not how Big Pharma gets drug approvals as they have to generally isolate compounds and prove they are more helpful then harmful. Also you cannot patent whole plant applications – you cannot patent the use of an herbal remedy. So because of greed and legal defects in our drug evaluation and approval system, the most amazing natural healing plant of all time remains illegal for medical use in the US, a country that thinks of itself as a world leader, and is using its power to bully other nations with more common sense and less oppressive super slow to improve regulatory systems. Read this article about Lloyd’s recently advising it will no longer insure new medical marijuana businesses in the US due to US federal law still labeling such activity a crime even if the government is showing some maturity by not at this moment enforcing those laws in states that have approved medical marijuana uses. 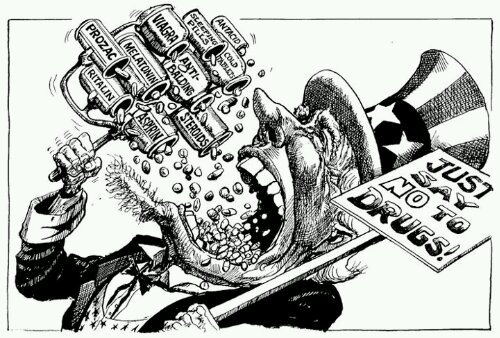